The NYT looks at Chris Hughes and his new site JUMO, "which aims to connect people with nonprofits and charitable organizations." 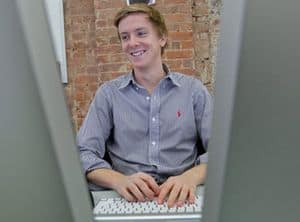 The idea is to take the principles that helped Mr. Hughes organize a network of volunteers into a successful political force and apply them to a much broader universe of causes and issues.

Mr. Hughes is not the first entrepreneur to venture into this territory. Causes, a Facebook application, and the Web site Global Giving are among the many existing ways to find and support charities online.

But Mr. Hughes said Jumo would not be primarily about soliciting donations. Instead, he said, the site would first try to deepen ties between its users and their favorite causes.

“The more connected that individual is to an issue they care about, the higher probability there is they will stay involved over a longer period of time,” Mr. Hughes said.

To start, the Jumo site was seeded with more than 3,000 issues and groups. But “anyone with a social mission can create a page,” said Mr. Hughes, who thinks Jumo could become a simple way for smaller charities to establish a social media presence.

In related charitable news, Hughes and his partner, Freedom to Marry political director Sean Eldridge, have made a commitment to match donations at that organization, ESPA, GLAD, and Equality Maryland, for a total of $225,000. Details here.

Previous Post: « Elton John to Play Concert to Benefit Challenge of Proposition 8
Next Post: Johnny Depp: Jack Sparrow is Gay, as are All My Characters »