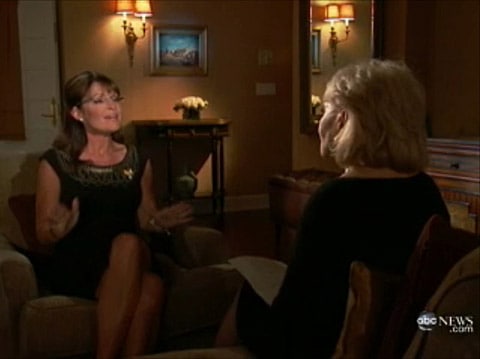 Asked if she could beat Obama: "I believe so."

In related news, Bristol Palin "sort of" apologized for her sister Willow's use of the word "faggot" on Facebook. Willow has deleted her account.