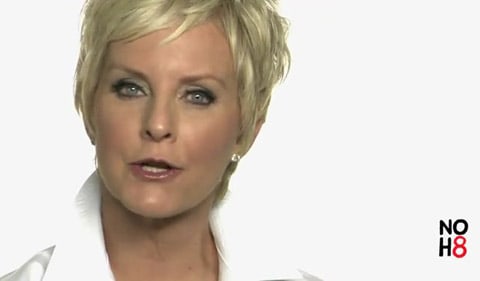 The NoH8 campaign has just put out an anti-bullying PSA highlighting a range of topics contributing to the way gay and lesbian youth are perceived by their peers, including religion-based bigotry, the disciminatory ban on blood donation by gay men, marriage inequality, and bans on gay adoption.

Notable is Cindy McCain speaking out about gays not being able to serve openly in the military considering her husband is perhaps the biggest impediment in the U.S. Senate to getting the ban lifted. McCain has threatened a filibuster if DADT is attached to the Defense authorization bill, and was recently reported to be trying to make a deal to strip the DADT provision from the bill.