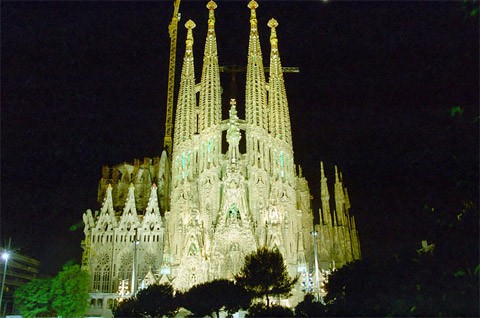 In two months, Barcelona will unveil a monument to LGBT people persecuted throughout history, it announced on Thursday, and said it is considering a location next to one of the city's most iconic holy sites — Antonio Gaudi's Sagrada Familia Basilica.

A statement from the city hall Thursday said the monument would be unveiled in February.

It said the inscription will read "In memory of the gays, lesbians and transsexual people who have suffered persecution and repression throughout history. Barcelona 2011."

Such a tribute has been demanded for some years by Spain's LGTB gay rights association, the statement said.

Previous Post: « RNC Chair Michael Steele: If Prop 8 is Struck Down, the GOP Will Form ‘Strong Front Line’ to Stop Same-Sex Marriage
Next Post: Robert Pattinson is Working His Elephant Too Hard »