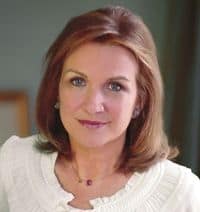 Elizabeth Edwards, a mother to four who very publicly faced the infidelity of her senator husband in the last years of her life, and a vocal ally of gay rights, died at 61 this morning after a battle with cancer.

"Her family confirmed the death, saying Mrs. Edwards was surrounded by relatives when she died. A family friend said Mr. Edwards was present. On Monday, two family friends said that Mrs. Edwards’s cancer had spread to her liver and that doctors had advised against further medical treatment."