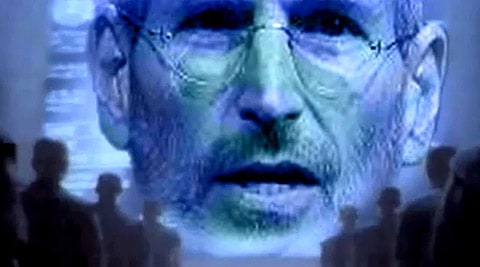 The National Organization for Marriage has released an ad attacking Steve Jobs and Apple for removing the anti-gay Manhattan Declaration app from their app store.

The app sprung from the anti-gay, anti-choice 4,700-page manifesto signed by hundreds of Christian leaders in November 2009. More on its contents from Jeremy Hooper at Good As You. 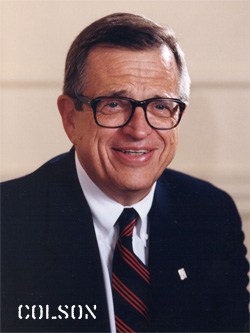 The Unofficial Apple Weblog speculated recently on some of the reasons the Manhattan Declaration app was dumped:

Apple has made it clear from day one that the App Store is "curated" according to its standards, and included in those standards is a clear message that attacking religion is off-limits. The document goes on to add in section 14.1 that "Any app that is defamatory, offensive, mean-spirited, or likely to place the targeted individual or group in harms way [sic] will be rejected." That language is repeated in section 19.1, which states "Apps containing references or commentary about a religious, cultural or ethnic group that are defamatory, offensive, mean-spirited or likely to expose the targeted group to harm or violence will be rejected."

Apple has built-in protections for religious beliefs. There are a great number of applications available for people of religious faith (and, it should be noted, also apps for atheists), which severely undercuts any charge that Apple is "anti-religion" or "anti-Christian."

The Manhattan Declaration founders have resubmitted a tweaked version of the app:

Chuck Colson, one of the three drafters of the 4,700-word document, said the proposed app has only the wording of the Manhattan Declaration itself and does not include a series of four introductory survey questions, as did the earlier app. Among those questions was "do you support same-sex relationships?" and "do you support the right of choice regarding abortion?"

"In reading some of the blogs and press on the Manhattan Declaration app, we understand that one element of the app, the poll, seemed particularly offensive to those who asked for the app's removal," Colson said in a statement. "As a sign of goodwill, we have removed the poll and have resubmitted the app without it."

It remains to be seen if that will fly with Apple.

Watch NOM's ad, AFTER THE JUMP….