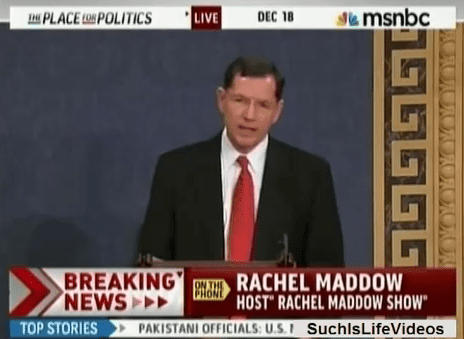 Interviewed on MSNBC this afternoon were former U.S. Air Force Staff Sergeant David Hall, who was ousted from the military under DADT in 2002, and the network's talk show host Rachel Maddow.

Said Maddow: "Politically, the thing to not lose touch with here is that this is the President's victory. This is something about which the President took a lot of criticism, a lot of abuse, a lot of skepticism from his otherwise most loyal supporters. He continually insisted that this was possible that it would get done."