Calling Hollywood a "conservative" world that "pretends to be a liberal world," Rupert Everett slams Hollywood's homophobia in a new BBC4 interview, in which he revisits a complaint he has aired several times before: 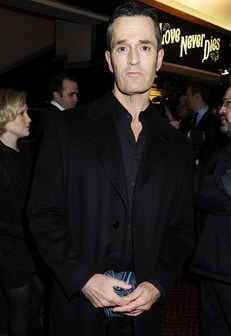 "I never got a job here, after (coming out). I did a couple of films, I was very lucky at the beginning of my career… and then, I never had another job here for ten years probably and I moved to Europe."

Adds Everett: "Show business is ideally suited for heterosexuals, it's a very heterosexual business, it's run mostly by heterosexual men, and there's a kind of pecking order."

Everett says that straight actors are pushing gay actors out of gay roles:

"A lot of straight actors are actively searching for gay roles because it is something different to do. I think that's fine but that does mean the gay actor who used to just get to play the gay part- like me-has been reduced to drag really."