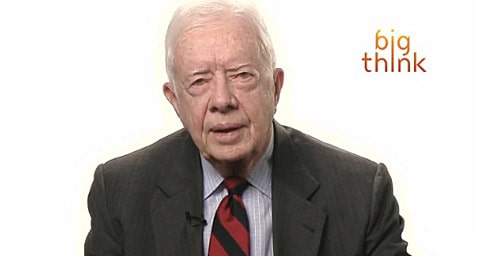 In a new Big Think interview, former President Jimmy Carter says America is ready for a gay Commander in Chief.

"Step-by-step, we have realized that this issue of homosexuality has the same adverse and progressive elements as when we dealt with the race issue 50 years ago, or 40 years ago. So I would say that the country is getting acclimated to a president who might be female, who might, obviously, now, be Black, and who might be as well a gay person."

Previous Post: « Lawsuit: Iowa Vote to Oust Pro-Equality Judges Was Illegal
Next Post: ‘DADT’ and Proposition 8: The Role of the People’s Will »