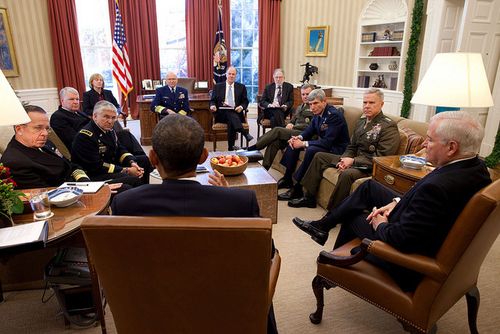 White House Press Secretary Robert Gibbs was asked about 'DADT' today. Gibbs told reporters that "certainly our hope is that the Senate will take this up again."

When asked about Obama's pledge to stay in town until the START treaty is done, and whether he might promised the same for DADT, Gibbs said,

Gibbs was also asked if there are other options on the table should DADT repeal fail legislatively:

"Well, I should say this.  I think it’s a distinct possibility that 'don’t ask, don’t tell' will be repealed by the end of this year and that’s where our effort is focused."