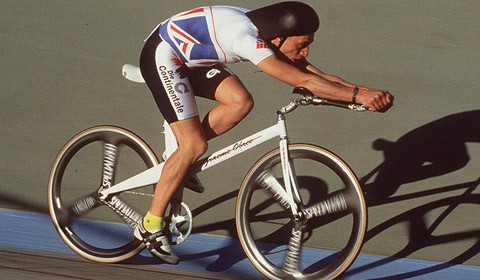 Champion cyclist Graeme Obree has come out of the closet, making him the highest-ranking member of that sport to do so, in an interview with the Scottish Sun. 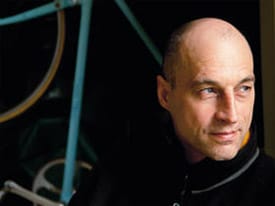 “I was brought up thinking you'd be better dead than gay. I must have known I was gay and it was so unacceptable. I was brought up by a war generation – they grew up when gay people were put in jail. Being homosexual was so unthinkable that you just wouldn't be gay. I'd no inkling about anything, I just closed down…People say, 'How can you be gay and be married and have kids and not know it?’ But when I went to my psychologist she reckoned I had the emotional age of about 13 because I'd just closed down."

Bike Radar reports: "Both Obree's private life and his achievements on the bike have combined to make him one of cycling's most enigmatic figures. The Scotsman claimed the World individual pursuit title in 1993 and 1995 but is best known for his innovative and pioneering attempts at the World hour record. He claimed the hour record twice, in 1993 and 1994. The first successful, in Norway, saw him best a nine-year-old record held by Italian Francesco Moser using a hand-made bike constructed from spare parts dubbed 'Old Faithful'. That record lasted only a week as Englishman Chris Boardman improved on Obree's effort in Bordeaux, France during a rest day of that year's Tour de France."