In an op-ed piece published in the NY Times, Dan Savage writes that President Obama should choose to not ignore marriage equality during his State of the Union address. An excerpt: 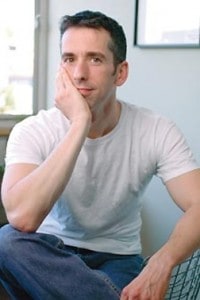 I’m not an idiot: Now that the Republicans hold the House, only wishful thinkers and the deeply delusional expect to see any movement on the lesbian, gay, bisexual and transgender legislative agenda this year or next. Nevertheless, President Obama should address gay rights in his State of the Union speech this week, and he should tackle the biggest, most meaningful right of them all: the right to marry.

When he was a candidate for the Illinois State Senate in 1996, Mr. Obama told a gay publication that he supported “legalizing same-sex marriages.” Twelve years later, right about the time he decided to run for president, he came out against marriage equality. But, as the president likes to say, “The arc of the moral universe is long but it bends toward justice.” Where a Gallup poll in 1996 found that just 27 percent of the nation supported equal marriage rights for same-sex couples, a CNN poll last summer found that a majority now supports marriage equality.

The president — perhaps after introducing Daniel Hernandez Jr., the openly gay intern credited with saving Representative Gabrielle Giffords’s life — should declare that the trend is clear: this country increasingly believes that Mr. Hernandez and other lesbian, gay, bisexual and transgender Americans should have all the same rights and responsibilities as other citizens.

As of today, reports are that Obama will most likely focus on topics such as global competitiveness and jobs in his address scheduled for January 25.