Tom Gene Daniels, a California pastor who supported Proposition 8 is facing six felony counts of child molestation and lewd or lascivious act with a child under 14. 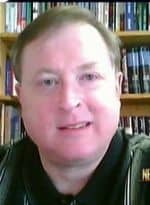 "Citrus Heights police said that Daniels was arrested Dec. 9. Daniels has been employed as a foster parent and day care provider, and currently is the head pastor at Rio Linda Baptist Church."

The board of his church is standing by him: "'Until such time as the courts prove Pastor Tom Daniels guilty, we have an obligation to support him and his family,' said the statement. The statement also said that accusations such as those facing Daniels need to be tried in the court and not the media."

Daniels bail is set at $6 million.

Watch News10's report on Daniels, AFTER THE JUMP…