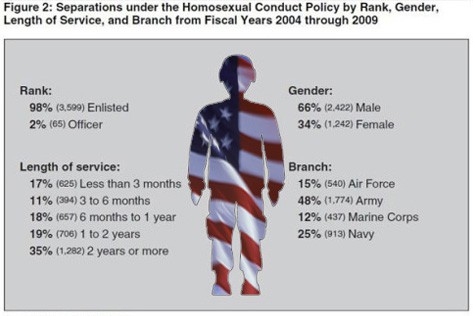 Discrimination turns out to be very expensive.

The Stars and Stripes reports on new numbers from the GAO:

According to the report, the majority of the expense came from recruiting replacements and retraining the new troops. More than a third of the discharged troops held “skills in critical occupations.” That included 23 language experts, whose training included years of language proficiency work prior to their dismissal.