The Department of Housing and Urban Development on Thursday proposed rule changes ensuring equal access to housing regardless of sexual orientation or gender identity. 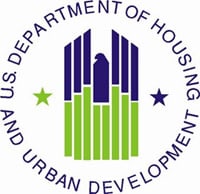 The department unveiled a series of proposed rule changes Thursday that would prohibit lenders from using sexual orientation or gender identity as a way of determining a borrower's eligibility. In a nod to same-sex marriages and same-sex parents, the rule change would state that eligible families have the opportunity to participate in HUD-based programs regardless of marital status or sexual orientation.

The new rules, if adopted, also would prohibit owners and operators of HUD-funded housing from asking applicants or occupants of the housing about sexual orientation or gender identity.

The proposed rules must undergo a 60-day public comment period before formal implemented. If approved, they would joint a growing list of policy and procedural changes made by federal agencies that don't require congressional approval, including gender-neutral passport application forms, changes to how the U.S. Census Bureau counts same-sex relationships and the extension of fringe benefits to the same-sex partners of gay and lesbian federal workers.

Previous Post: « Movies: No Strings, The Way Back, Beyonce & Clint Eastwood?
Next Post: Does the President Have Hope for ENDA in the Next Two Years? »