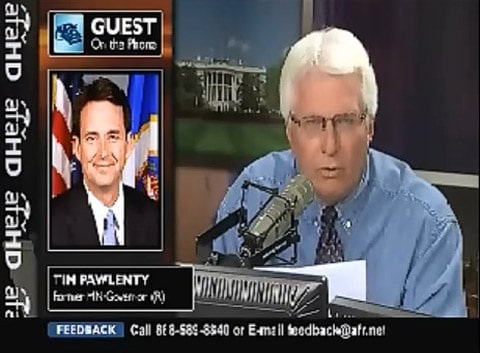 Pawlenty tells Fischer that, if he's elected PResident in 2012, he would work to reinstate 'DADT'.

"I have been a public and repeat supporter of maintaining Don't Ask, Don't Tell. There's a lot of reasons for that, but if you look at how the combat commanders and the combat units feel about it, the results of those kinds of surveys were different than the ones that were mostly reported in the newspaper and that is something I think we need to pay attention to. But I have been a public supporter of maintaining Don't Ask, Don't Tell and I would support reinstating it as well."

More of the interview at Right Wing Watch.