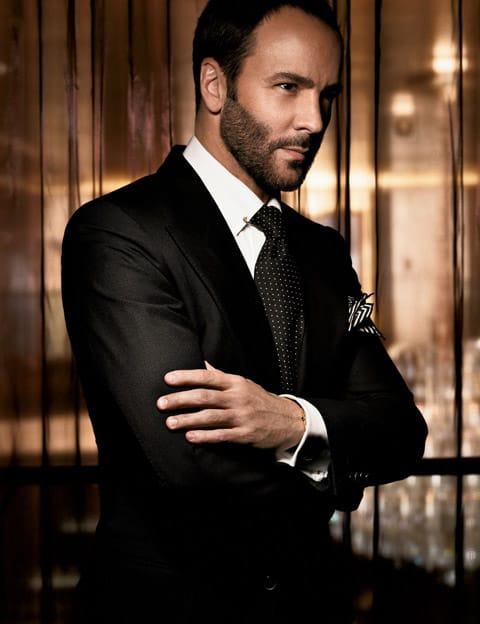 Tom Ford discusses giving interviews in the nude, with Interview:

“Someone asked me recently about male nudity, and I brought up the subject that, in our culture, we use female nudity to sell everything. We’re very comfortable objectifying women. Women go out and they are basically wearing nothing. Their feet and toes are exposed, their legs are exposed, their breasts are exposed. Everything is exposed—the neck, the arms. You have to be really physically perfect, as a woman, in our culture to be considered beautiful. 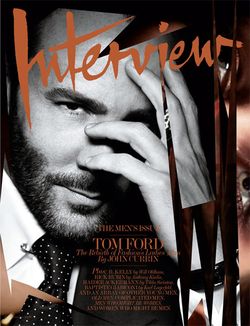 But full frontal male nudity challenges us. It makes men nervous. It makes women nervous. Other times in history, male nudes have been regarded in a different way. The Olympics were originally held nude. The reporter I was explaining this to said, ‘This would make a great story.’ I explained how when I come home I actually take off all my clothes, and I wear no clothes until I leave. I eat naked. I do everything completely naked. He said, ‘That would make a great interview.’ I said, ‘Fine, we have to do it nude.'”

He was in very good shape. Anyway, we did the interview. The interviewer was straight, and I made it a point to desexualize the interview even though I was sitting with my legs wide open, completely naked. At the end of the interview, I put on a dressing gown and he put on his clothes, and I sat next to him on the sofa and said, “Was that sexual?” He said, “Absolutely not.” And I said, “That’s because I didn’t make it sexual. Sexuality is in the eyes, it’s an expression, it’s in a look.” Then, all of a sudden, I looked at him in a very different way, and it made him very nervous.