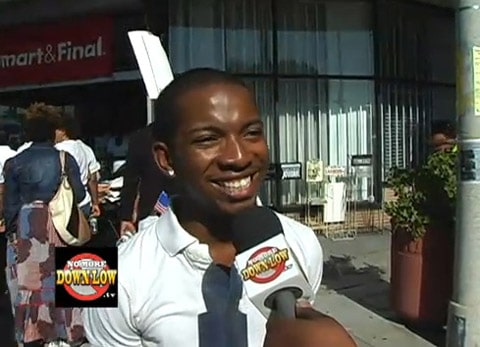 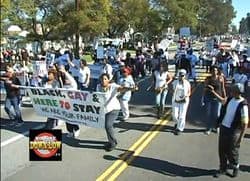 "This was the third consecutive year that the Barbara Jordan/ Bayard Rustin Coalition, The Here to Stay Coalition, Black Lesbians United, In the Meantime Men’s Group, At the Beach Los Angeles Black Pride, and over 50 same gender-loving/LGBT activists marched down Crenshaw and King Blvd. to promote acceptance, visibility, dialogue and community-building as a strategy to fight homophobia and promote more awareness of Black LGBT issues within the Black community."

Previous Post: « Is Your Own Orgasm Making You Sick?
Next Post: Charles Barkley Speaks Out for LGBT Civil Rights: ‘God Bless The Gay People. They Are Great People.’ »