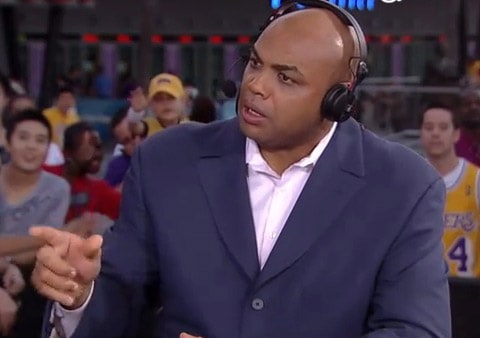 During yesterday's pre-game show before the Celtics-Magic game, TNT did a special tribute to Dr. Martin Luther King, Jr. Toward the end of it, former NBA MVP Charles Barkley spoke out in favor of ending discrimination against gays and lesbians, as well as Hispanic people.

Toward the end of a segment on King, Barkley said of MLK: "You know, people try to make it about black and white. He talked about equality for every man, every woman. We have a thing going on now — people discriminating against homosexuality in this country. I love the homosexuality people. God bless the gay people. They are great people."

Barkley has spoken out for marriage equality in the past. In February 2008 he blasted "fake Christians" for going after gay people who want to get married. And in August 2006, Barkley also spoke out in favor of same-sex marriage.