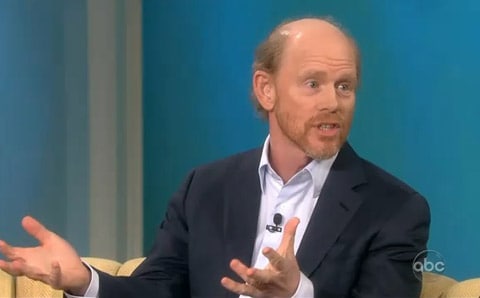 Director Ron Howard appeared on The View and was asked about the controversy surrounding the film's trailer, in which actor Vince Vaughn uses the word "gay" in a derogatory joke in a meeting. The joke was removed from the trailer, but not the film, following action from GLAAD.

Said Howard on The View:

"I was a little surprised by it because you sort of see that used on TV shows and especially comedies a lot. But I would say yes and no, because it was completely out of context that they were evaluating it, and it was a piece of advertising, so it's not like they [made a] commitment [to go] see this person's film… This was being thrust upon people, and it's a very, very serious issue, so those who were raising the point were using popular entertainment to take a position I think that's incredibly valid and even important, and people should speak up. I agreed with Universal when they removed it [from the trailer]."

Howard went on to explain that the joke was not removed from the film because it's "the nature of that character Vince Vaughn plays" and it's "not lost on anyone within the framework of the scene."

Howard made no mention of his intimate moments on set with Channing Tatum.