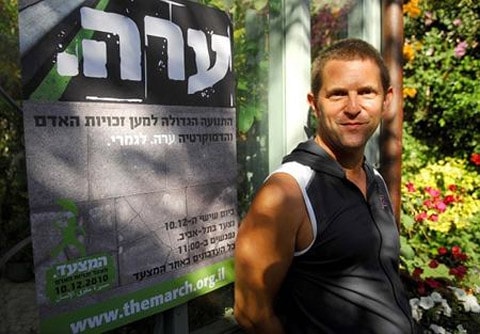 Mr Spivak, a Harvard graduate who lectures at Tel Aviv University’s law department, has been involved in several high profile gay rights cases, including the Supreme Court’s landmark 1997 decision forcing a state channel to broadcast a programme about gay teenagers.

A lawyer for the ACRI, Dan Yakir, told Israeli newspaper Ynet that the appointment would “contribute to developing human rights”.

Mr Spivak’s longtime partner, law professor Dr Yishai Blank, added: “It's a happy occasion for us personally and also for the state.”

Many other gay activists and academics praised Spivak's nomination, describing it as "a ray of sunshine, especially at a dark time like today where human rights organizations are under attack." They expressed their hope that this appointment will be a sign of social change, particularly within the justice system.

"He is an experienced legalist when it comes to human rights and labor laws," Spivak's colleague, Professor Eyal Gross from the Tel Aviv University said.