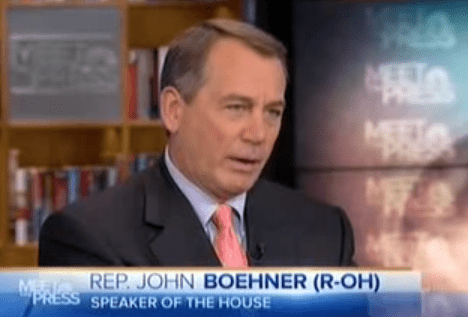 He told David Gregory during an appearance on Meet The Press this morning: "It’s not my job to tell the American people what to think. Our job in Washington is to listen to the American people. Having said that, the state of Hawaii has said that he was born there. That’s good enough for me. The president says he’s a Christian. I accept him at his word."

Seemingly indirectly referring to the wingnut birthers/FOX News viewers, Boehner also said that "the American people have the right to think what they want to think. I can’t — it’s not my job to tell them."