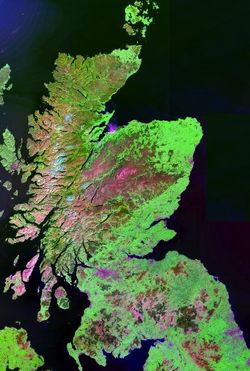 "Rights organisation Stonewall Scotland revealed that two thirds of lesbian, gay, bisexual and transgender (LGBT) people had been verbally abused in the past year, while a third had been physically attacked. The overall number of incidents is likely to be much higher as Stonewall said 61 per cent of victims did not report the crime to police."

"The freedom of information statistics show that homosexuals have been abused or assaulted in their own homes, while eating in a restaurant, on public transport and while on a night out. In one case, in the Central Scotland area, a lesbian and gay centre was set alight. After a Stonewall Scotland campaign, police have been required to separately report incidents since March 2010."

Last year, Scotland introduced a new hate crime law that serves to protect gays and lesbians as well as the disabled.