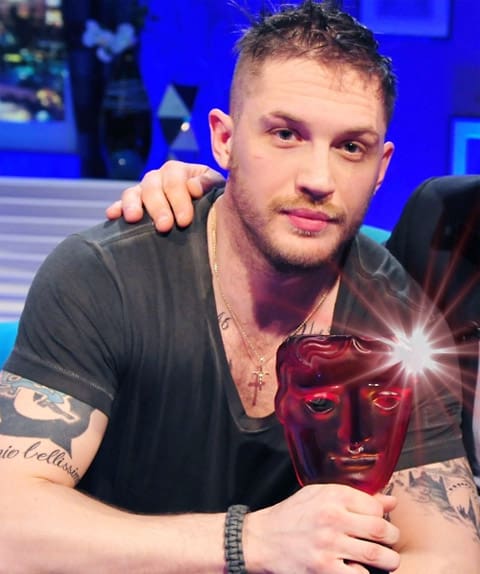 Tom Hardy appeared on Alan Carr's UK  Chatty Man talk show and accepted his Rising Star BAFTA award. He also talked to Carr about Inception and said that he'd be putting on muscle for his role as Bane in the next Batman installment, The Dark Knight Rises:

"Have you seen the Joel Schumacher Batman & Robin? Doesn't look very menacing does he?…I'm going to need to bulk up a lot for it. That's a lot of weight to put on and I've got to start shooting in May. I've got to go up to about 13 or 14 stone. I'm 12 and a bit now, so I only have a few months to do that."