A Wikileaks cable reveals U.S. concerns about the heightened atmosphere of homophobia in Uganda, particularly as it related to the "kill the gays" bill, and reveals the U.S. was working to combat teh still pending legislation.

Memos also reveal the danger posed to LGBT activists in the country, particularly David Kato, who was openly mocked at a UN consultative meeting in December 2009. Kato was beaten to death at his home last month. 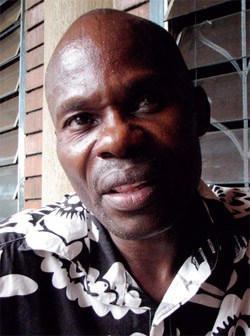 In the cable, dated 24 December 2009, the diplomat claimed Ugandan politicians, including the author of the anti-homosexuality bill, David Bahati, had channelled anger at the country's socio-political failings into "violent hatred" of gays.

Other confidential memos sent between Kampala and Washington in 2009-2010 and sent to WikiLeaks paint a picture of a worsening human rights climate in the run-up to Ugandan elections Uganda's "chilling" descent from tolerance to violent homophobia and a deepening fear among gay activists, who claim they are being increasingly monitored and harassed. The memos, classified as confidential, also reveal US diplomatic attempts to combat the draconian bill – which is at the parliamentary committee stage.

Under the heading Comment: Homophobic Demagogues, the diplomat reports in the Christmas Eve cable that Bahati, a born-again Christian MP from the ruling party, had become "further isolated" following "recent condemnations" by high-profile Pastor Rick Warren and other US-based individuals who are against the bill. However, it was clear he would not yield to international pressure. Referring to Bahati, the diplomat said: "His homophobia … is blinding and incurable."

The diplomat refers also to James Nsaba Buturo, Uganda's minister for ethics and integrity, a strong supporter of the bill, and Pastor Martin Ssempa, who organises anti-gay rallies in Uganda, as key players ushering in a new era of intolerance.

At the UN consultative meeting described in the memos, David Kato was reportedly mocked at such a level it was difficult to hear his speech. Bahati and Ssempa were present at that meeting:

"Throughout his talk a member of the Ugandan Human Rights Commission 'openly joked and snickered' with supporters of the bill, the diplomat claimed in the cable."

There were grave concerns for the LGBT activists in the country:

"The diplomat said that, prior to the debate, he had received a text message from a gay activist expressing concerns for the safety of representatives scheduled to attend."