"Ex-gay" group Exodus International must be feeling the heat as publicity and pressure mount over a petition signed by more than 100,000 people demanding that Apple remove its app from the iPhone app store. 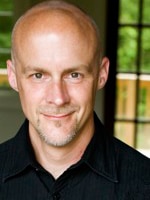 "In no way shape or form is our message about trying to cure or do we try to promote that type of methodology or message. This is a label (gay cure app) that has been put forth by opponents to the application to serve as propaganda in order to stigmatize and really label the application in a false way and provoking a response such as you are seeing with the application…We are disheartened at the fact that there are activists who are rising up to silence our voice on the Exodus iTunes platform…We want to ask that there would be fair and equal representation of religious belief on this platform as is already existing. We would like the spirit of diversity and tolerance that is so valued within the LGBT community."

"Our message is to promote the love of Jesus Christ to all those who have been impacted by unwanted same-sex attractions. Really, the point of the application is to provide the material that is also on our website in a smartphone format. Nothing more and nothing less….We are helping those who have unwanted same-sex attractions. Those who are gay or identify themselves that way, in no way, shape or form are we trying to speak to their position or trying to impose anything upon them."

The American Psychological Association has concluded, in lengthy studies, that "ex-gay" therapy does not work, and is harmful. Truth Wins Out has a load of information on Exodus' damaging misinformation campaign.