Seventeen-year-old Calvin Pietri (pictured) of Woodhaven was the fifth arrest made in the weekend murder of 18-year-old Anthony Collao at a birthday party hosted by two gay men, the NYDN reports: 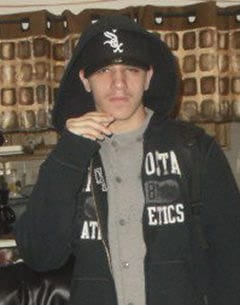 "A fifth suspect charged in the fatal beating of a teen in Queens bragged about the attack in anti-gay Facebook postings, law enforcement sources said…Pietri says on his Facebook page that he attended the FDNY High School for Fire and Life Safety."

The murder was being investigated as a hate crime, but the NYDN reports that at least some bias charges are under review:

"At least one of the suspects used a red marker to scrawl anti-gay epithets on a wall inside the vacant house where the party was held, witnesses said. Collao and a friend left the party, but the suspects chased him down and beat him, police said. Homophobic slurs were not uttered during the chase or the beating, leaving investigators to figure out if the slurs were intended only for the party hosts, who are gay. Collao was not."

Meanwhile, new details are emerging about the weapons used during the attack:

The district attorney said the four then chased Collao to a location on 90th Street, between 88th and 89th Avenue. The witness told the DA that Ogando was carrying a cane and Velez was holding what appeared to be a chrome bat.

A second victim told the DA that the group of now five caught up with Collao, “threw him against a car and began to punch, kick and strike him with an object that appeared to be a stick.”

About 15 minutes after the beating, cops arrested the four suspects. Lozada was taken into custody wearing the victim’s Atlanta Braves baseball cap, with his clothes covered in blood. Officers recovered a metal pipe smeared with blood near the fatal scene.