The National Portrait Gallery's Hide/Seek exhibit exploring gay and lesbian themes in American portraiture, is set to hit the road later this year: 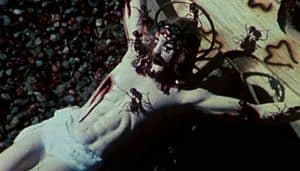 Tacoma Art Museum is collaborating with the Brooklyn Museum to remount the acclaimed and controversial art show “Hide/Seek: Difference and Desire in American Portraiture,” which opened at the Smithsonian’s National Portrait Gallery last fall and closed last month. The show explores gay and lesbian themes in American portraiture, and sparked controversy around the country for pulling one work, David Wojnarowicz’s “Fire in My Belly,” from the show after complaints from Republican senators and religious conservatives. The video included an image of ants crawling across a plastic crucifix.

The Brooklyn Museum will get the show by the end of 2011 before it goes to Tacoma. The whole show: "Both venues will display the show in its entirety, including Wojnarowicz’s works."