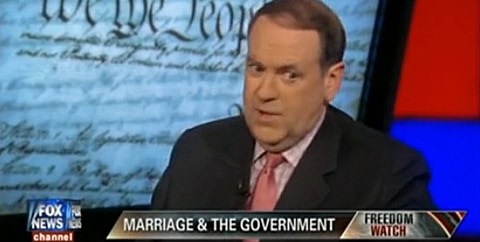 HUCKABEE: Yes they do.

HUCKABEE: Not that they care…

NAPALITANO: Why do they want to get in their bedroom?

Previous Post: « Watch: John Galliano Mobbed at Paris Court; Receives Condemnation from Dior Face Natalie Portman
Next Post: Rep. Eric Cantor Says GOP Will Decide By End of Week How Not to Focus on Jobs and Instead Focus on DOMA »