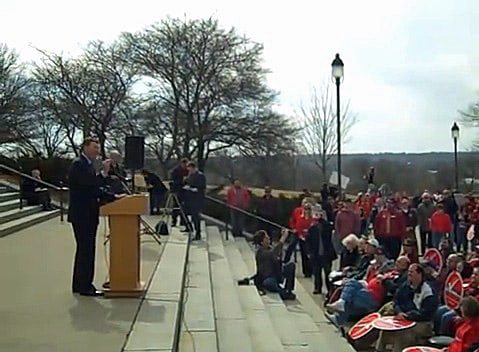 Rabid anti-gay wingnut Bob Vander Plaats rounded up a few hundred of his wingnut flock for a rally at the Iowa Capitol today. Check out the following pathetic videos.

“So let me suggest that the clue phone is ringing in the state of Iowa, and collectively we need to answer the phone and get a clue. You see if this opinion has never been codified into law, and if this opinion has never been exectued by Culver or by Branstad, the question is this: what are we doing marrying couples of the same gender in the state of Iowa when it does not reflect the law of the land?”

I think I hear the bigot phone ringing!

The Des Moines Register reports on the rally, and the counter-lobbying:

“Inside the Capitol rotunda, about 60 supporters of gay marriage quietly lobbied members of the Iowa Legislature. The urged lawmakers to stand firm in support of the Iowa Supreme Court’s decision legalizing marriage equality for all people, emphasizing their view that discrimination shouldn’t be written into the Iowa Constitution.” 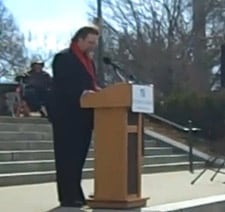 Radio Iowa reports that speaker Cary Gordon, pastor of Cornerstone World Outreach in Sioux City, gave a 15-minute speech that went after the Iowa legislature’s leading advocate of marriage equality – Senate Majority Leader Mike Gronstal, who has vowed to block any anti-gay legislation from coming to a vote.

Watch clips of Gordon and Vander Plaats, AFTER THE JUMP… 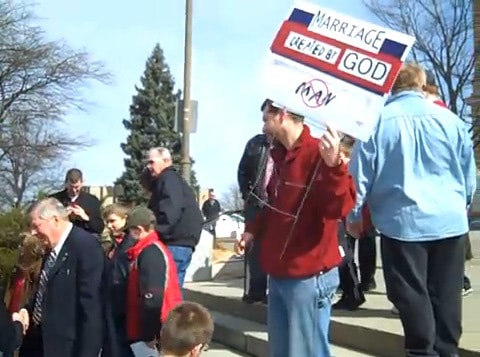 And here’s the bigot crowd arriving. It’s amazing that all these people chose to spend their day working on taking rights away from people: