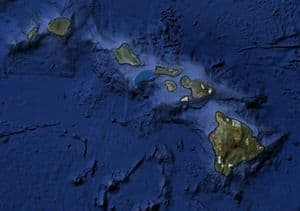 I recently had the honor of delivering written testimony before the Hawaii legislature about a bill that would allow certain harassment victims to sue under the names "Jane Doe" or "John Doe" rather than their real names. It is a classic women's rights bill that is aimed primarily at female victims of domestic violence, but my testimony focused on the law's applicability to gay Hawaiians, men and women who are increasingly likely to emerge from the margins of society and assert their domestic rights.

We should all be familiar with the general concept. Cases like Roe v. Wade— brought by a woman named Norma McCorvey who used the pseudonym "Jane Roe" — and other cases involving minors, like the recent bullying case of J.C. v. Beverly Hills School District, usually shield the names of certain plaintiffs because of their tender years, privacy issues and safety concerns. The other side of the coin is the long-standing and highly valued concept of open courts and the right of confrontation.

After we discuss the bill and arguments on both sides, let me know where you come out AFTER THE JUMP…

The proposed legislation in Hawaii began because a court refused to balance personal privacy and personal hardship that would result from publicity, on the one hand, and the presumption of open courts, on the other. Admittedly, that this problem exists surprised me, given the relative ease with which I was able to seal plaintiff names and use pseudonyms in federal court during my years as a practitioner. But, the more I researched the problem, the more I realized that many state courts — domestic abuse and harassment cases are almost always in state court — either never allow pseudonyms or require the party requesting anonymity to pass exceedingly high hurdles. 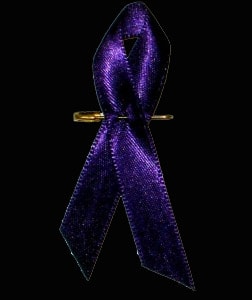 The Hawai'ian bill would, in certain circumstances, permit "John Doe" or "Jane Doe" filings in the district court on any petitions, complaints, motions or other legal documents in cases of alleged domestic abuse.

The arguments against this are four-fold. First, the Hawaii Office of the Public Defender opposes the bill on the grounds that the measure "violates the rights of a criminal defendant under the Sixth and Fourteenth Amendment" to the Federal Constitution. The Sixth Amendment guarantees to accused the right to be informed of the nature and cause accusations against him, to call witnesses in his favor, to have the assistance of counsel and to confront his accuser. By filing complaints under pseudonyms, defendants can neither investigate a plaintiff's background nor research whether his or her accuser has filed these claims before. This means that a defendant would be unable to adequately prepare a defense and, therefore, would be unable to confront his accuser. The argument is that the right of confrontation — one of the strongest rights in modern criminal justice after Crawford v. Washington in 2004 — would be impinged where a defendant is accused by a faceless entity.

Second, various leaders testified against the bill, noting that complaints with "John Does" and "Jane Does" lead juries to erroneously assume that pseudonyms were used because the defendant is dangerous. There is some evidence to support this, based on various studies done in the late 1990s. Lawyers call this "prejudice" — it unfairly turns the judge and jury against the defendant — and when one lawyer tries to sneak in information that is otherwise inadmissible, but would crucify the other party in the jurors' minds, like evidence of past unrelated bad acts that were never charged or uncorroborated hearsay, the prejudiced party may have grounds for a mistrial. A jury must be able to judge the credibility of all witnesses based on evidence. If jurors assume that the defendant is dangerous from the get-go, their credibility judgments would be impaired without evidence.

Third, the American Civil Liberties Union of Hawaii opposes the bill because courts are presumptively open to the public and only showings of "strong counterveiling reasons" could overcome the public's interest in access.

Fourth, some have suggested that this bill is unnecessary because courts already have the power to apply an appropriate balancing test to determine whether and when to seal portions of family court proceedings and records.

These are weight arguments against the bill. But, they are unconvincing.

First, "John Doe" and "Jane Doe" filings do not prevent defendants from investigating and preparing defenses. It is a fallacy to suggest that such complaints are clouded in mystery until the moment trial begins and the plaintiff is sitting in his or her chair. Filings with pseudonyms shield identification and private information from the public, not the parties involved in the case.

Second, while some evidence suggests that pseudonym filings make fact-finders wonder what would cause the plaintiff to hide his or her identity, judges can head this off at the pass by issuing clear jury instructions that the "John Doe" or "Jane Doe" filing means nothing with respect to the credibility of the defendant or his witnesses. Jurors are surprisingly smart when it comes to compartmentalizing inadmissible nonsense when given clear instructions from a judge.

Third, open access to the courts is indeed an important value, but it is not absolute. Even if we require "strong counterveiling reasons" to insert some measure of anonymity into the process, those reasons exist. Domestic abuse is a grave problem, both in straight and gay relationships, and coming forward knowing that you will be identified as a victim of domestic violence is emotionally daunting and physically dangerous.

The precise prevalence of domestic violence among gay and lesbian couples is unknown, but estimates range from 20 to 25 percent. It is generally as common as it is in heterosexual relationships, despite what the far right would have you believe. Same-sex batterers use forms of abuse similar to those of heterosexual batterers, and have an additional weapon in the threat of "outing" their partner to family, friends, employers or community. There are thousands of shelters and safe houses for battered women, yet many of these shelters routinely deny their services to victims of same-sex battering. When they take a stand, either at home or in court, gay victims, like their straight counterparts, risk further physical and emotional violence. These victims' needs may outweigh an esoteric desire for the public's access to the courts.

Finally, as to the unnecessary point, I am normally sensitive to this argument. Unnecessary laws are bad laws. But, this law is not unnecessary. In Hawaii, judges have routinely denied "Jane Doe" or "John Doe" filings without even considering a balancing of the harms. In fact, the drive for this bill came from a woman's case where a judge rejected the premise of pseudonym filings out of hand. It happens and it happens a lot.

While there is more to bill and more arguments on either side, I have given you the groundwork. What do you think? Should we make it easier for domestic violence victims to file anonymously despite what such anonymous filings might do to the rights of the defendant and the public?