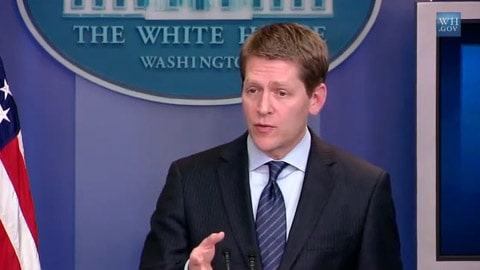 White House Press Secretary Jay Carney was asked yesterday by the Washington Blade's Chris Johnson whether the President would be open to barring the federal government from doing business with companies that discriminate against LGBT people via executive order should the Employment Non-Discrimination Act not succeed legislatively.

Carney was also asked whether he saw any legal impediment to the President taking such an action, and also about explicit anti-discrimination protections for LGBT service members, something we touched on here back in February.