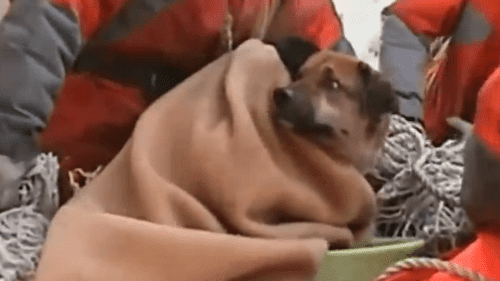 A dog was found alive on top of a large debris field floating one mile off the northern shore of Japan – three weeks after that country's earthquake and tsunami. A helicopter crew spotted the dog who initially repeatedly ran away from rescuers before finally being caught several hours later.

After reading about Japan's mounting death toll and worries over radiation contamination, it's nice to come across a heartwarming story like this one. Watch the rescue, AFTER THE JUMP.