TMZ reports that attorney Gloria Allred is planning an announcement for later today about a Major League Baseball coach who used "shocking gay slurs" at a recent game: 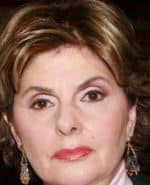 Allred says the comments and gestures were directed at 3 men whom the coach apparently thought were gay.

One of the fans, who brought his 9-year-old twin girls to the game, protested to the coach … and according to Allred, the coach responded by saying, "Kids don't f**king belong at the baseball park."  She also claims the coach then approached the father "with threatening words and a baseball bat."

Allred will hold a news conference with the father and his twins at her L.A. office on Wednesday at 1 PM PDT.