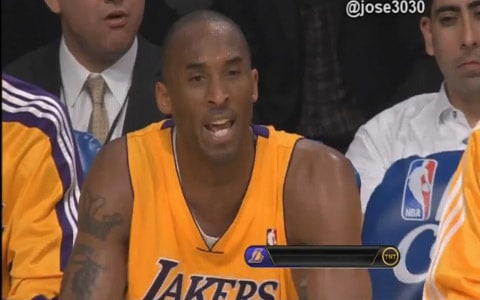 The L.A. Lakers spoke with GLAAD this morning and released a statement from Kobe Bryant regarding the anti-gay slur captured on camera during his game last night.

“What I said last night should not be taken literally. My actions were out of frustration during the heat of the game, period. The words expressed do NOT reflect my feelings towards the gay and lesbian communities and were NOT meant to offend anyone.”

Bryant's slur is under review by the NBA.