Dr. Alfred Freedman, who was president of the American Psychiatric Association when it declared that homosexuality was not a mental disorder in 1973, has died at the age of 94. The ruling subsequently led to the removal of homosexuality from the Diagnostic and Statistical Manual of Mental Disorders (DSM). 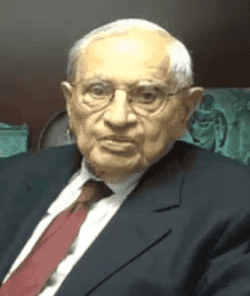 "Dr. Freedman, much to his surprise, won what may have been the first contested election in the organization’s history, by three votes out of more than 9,000 cast. Immediately on taking office, he threw his support behind a resolution, drafted by Robert L. Spitzer of Columbia University, to remove homosexuality from the list of mental disorders."

"On Dec. 15, 1973, the board of trustees, many of them newly elected younger psychiatrists, voted 13 to 0, with two abstentions, in favor of the resolution, which stated that 'by itself, homosexuality does not meet the criteria for being a psychiatric disorder.' It went on: 'We will no longer insist on a label of sickness for individuals who insist that they are well and demonstrate no generalized impairment in social effectiveness.’'"

"Among other things, the resolution helped reassure gay men and women in need of treatment for mental problems that doctors would not have any authorization to try to change their sexual orientation or to identify homosexuality as the root cause of their difficulties. An equally important companion resolution condemned discrimination against gays in such areas as housing and employment. In addition, it called on local, state, and federal lawmakers to pass legislation guaranteeing gay citizens the same protections as other Americans, and to repeal all criminal statutes penalizing sex between consenting adults."

Freedman has said this about the ruling: "I felt at the time that that decision was the most important thing we accomplished.’"

Watch an interview with Freedman from 2007, AFTER THE JUMP.