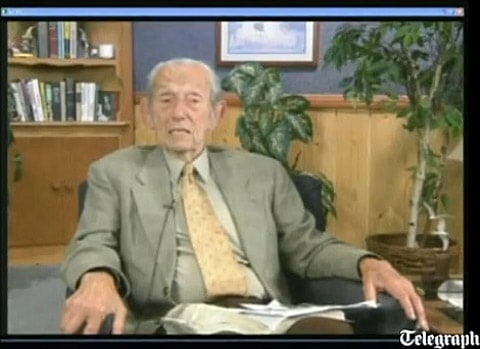 In a new interview with reporters, Family Radio broadcaster Harold Camping admits he was wrong about the doomsday date and sets a new date for The Rapture — October 21. Oh, and by the way, they've been saying that all along.

Through chatting with a friend over what he acknowledged was a very difficult weekend, it dawned on him that instead of the biblical Rapture in which the faithful would be swept up to the heavens, May 21 had instead been a "spiritual" Judgment Day, which places the entire world under Christ's judgment, he said.

The globe will be completely destroyed in five months, he said, when the apocalypse comes. But because God's judgment and salvation were completed on Saturday, there's no point in continuing to warn people about it, so his network will now just play Christian music and programs until the final end on Oct. 21.

Watch Camping speak with reporters, AFTER THE JUMP…