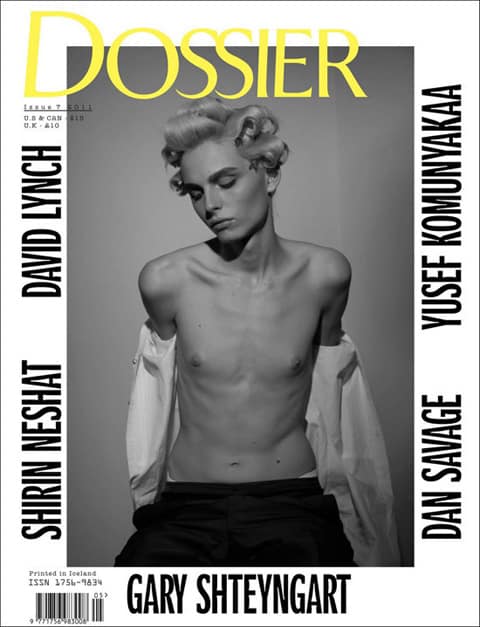 Androgynous male model Andrej Pejic covers the latest issue of Dossier magazine, but it's the androgyny he is so well known for that has Barnes & Noble censors covering the magazine with opaque poly bags.

"It's a naked man on the cover of a magazine, which is done all of the time without being covered up, so I definitely don't think it merits this, but I understand what it is…It's not a coincidence that it's only the giant U.S. chain stores that are asking us to do this….It's only the American copies that are being censored. It seems that it probably made people uncomfortable. But that's part of what's interesting about the cover, I think, is that it's playing with those ideas of gender roles. He's topless, you can see that he's a man, but if you look at his face, he looks like a woman and he's so beautiful, he's both in that picture, in a way. I think that's what's interesting about it."