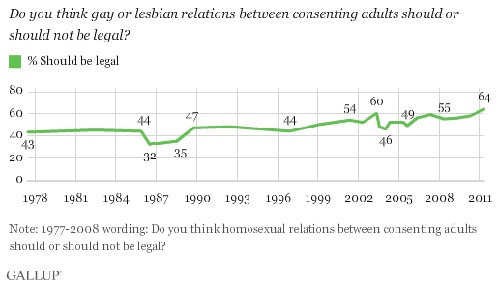 In 1978, Gallup started polling the American public on whether homosexual relations between consenting adults should or should not be legal. At that time 43% said they should be legal.

The organization reports today that the percentage has risen to 64%, the highest ever.

"Americans' support for legal gay relations has been as low as 32%, in 1986, but increased to 47% by 1989 and went above the majority level in 2001 for the first time. After peaking at 60% in May 2003, public support dropped that same year, likely as a backlash against a U.S. Supreme Court ruling that struck down a Texas anti-sodomy law and gave gays and lesbians new legal protections in that state. By 2006, Americans returned to the more supportive level seen previously, and generally held there until the increase this year."

And the percentage who find it "morally acceptable" has reached a new high as well. 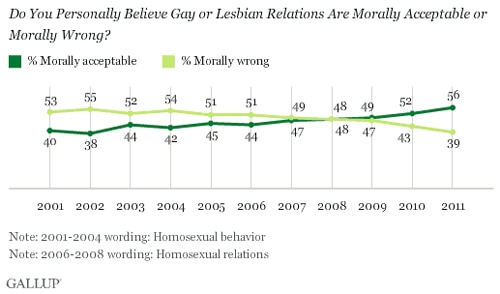