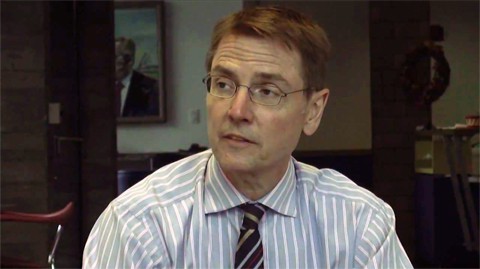 Nathan Manske and Marquise Lee embarked on a 4 month, 50 state tour of the United States collecting stories for their I'm From Driftwood site. We'll be sharing some of the stories they collected along with some of the insight into what they saw. They're still encouraging people to submit their written stories via IFD.

We met Mayor Jim Gray only a couple weeks after the election so he was still the president and chief executive officer of his family's company, Gray Construction. He was about to become one of four openly LGBT mayors in the U.S. and managed to win in the very same state Tea Party favorite Rand Paul won, so Mr. Gray clearly had reason to be excited. And he was. But he also openly talked about how much he was going to miss running the family business, which is probably why he won in the first place. He was quick to point out his sexuality was barely brought up in the election and folks in Lexington just wanted a competent businessman. It seemed like they got one.