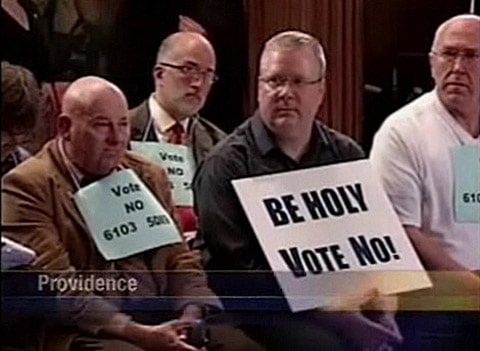 A same-sex civil union bill in Rhode Island passed the House Judiciary Committee late this afternoon by a vote of 9-3 and will now head to the full House.

The bill is a compromise initiated after openly gay House Speaker Gordon Fox decided there was not enough support to pass a marriage equality bill.

Watch NBC10's report, AFTER THE JUMP…