Results of a study based around the California Health Interview survey have been published in the journal Cancer and reveal an inconclusive set of statistics about disparities in reported cancer rates in gay and straight men, Reuters reports: 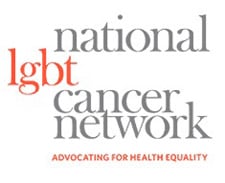 Out of 51,000 men, about 3,700 said they had been diagnosed with cancer as an adult. While just over 8 percent of gay men reported a history of cancer, that figure was only 5 percent in straight men. The disparity could not be attributed to differences in race, age, or income between gay and straight men.

About 7,300 out of 71,000 women in the study had been diagnosed with cancer, but overall cancer rates did not differ among lesbian, bisexual, and straight women.

What's causing the disparity is unclear:

Ulrike Boehmer, the study's lead author from the Boston University School of Public Health, said higher rates of human immunodeficiency virus (HIV) may be related to the increased risk of cancer in gay men, but the study couldn't address that question specifically.

[Liz] Margolies [executive director of The National LGBT Cancer Network] thinks there is more going on. "Gay men as a group have a bunch of risk factors for cancer," she said.

For instance, gay men and lesbian women are more likely to smoke and abuse alcohol than straight men and women. They're also more likely to avoid going to see their doctor for routine physicals or cancer screening, Margolies added – since healthcare providers may not all be tolerant and accepting of their identity.

The takeaway? "Gay, lesbian and bisexual people need more attention from the healthcare community, specifically when it comes to their cancer risks."