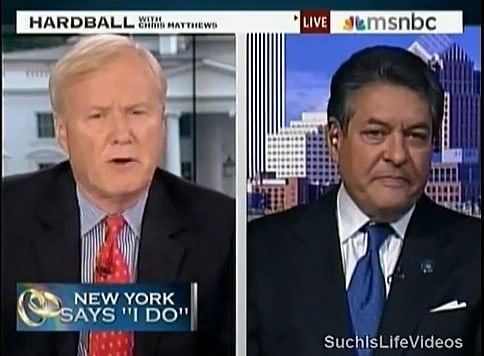 Says Alesi: "We have to make this an opportunity for America to be what America was designed to be and that is the freest land in the world."

In related news, Alesi told Sam Stein that Obama is "passing the ball" in not taking a stronger position:

"I understand that constitutionally the president is right, because it's a states' rights issue, otherwise New York wouldn't have been able to pass this. But there's nothing wrong with the most powerful person in the world espousing a viewpoint."