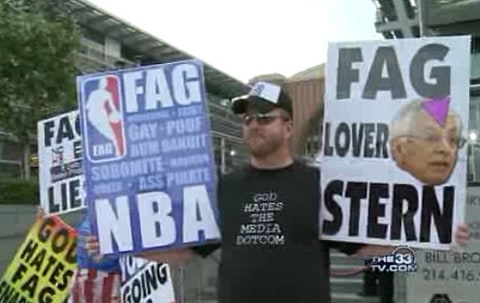 The Westboro Baptist Church has a new target: the NBA and its commissioner David Stern.

But demonstrators didn't get much support from the fans. "I feel really bad for the kids. Adults have their reasons to have signs up. The kids feel like forced upon", said spectator Shantanu Rangnekar.

Watch what went down outside the American Airlines Center, AFTER THE JUMP…