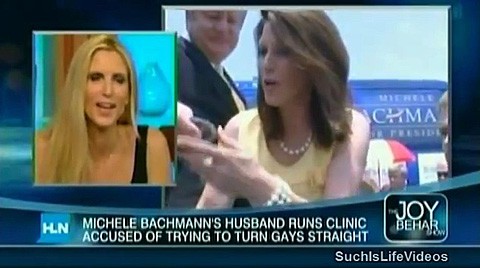 Joy Behar had conservative pundit Ann Coulter as a guest last night. After a conversation about the debt ceiling negotiations, Behar asked Coulter about a few gay topics.

"Liberals are preying on the same kind of gay stereotypes they normally reject."

On praying away the gay. She thinks it's possible:

On is she happy about marriage equality in New York?

"The only reason I might be happy is that maybe they will shut up about it. Okay, the media capital of the world has gay marriage. Can we move on now?

Previous Post: « Waking Up with Eddie Cibrian: VIDEO
Next Post: Angry at Inequality, Not Marriages: Open Letter from Larry Kramer »