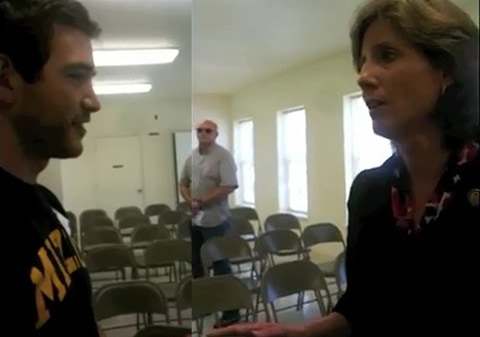 Hartzler tells Alex, the student, that he "shouldn't feel bad" because gays were already banned from marrying by statute.

You may recall that earlier in June Hartzler compared same-sex marriage to incest and pedophilia.

Previous Post: « The Space Bubble That Perplexed Skywatchers: VIDEO
Next Post: Boston Red Sox Step Up to the Plate with ‘It Gets Better’ Message: VIDEO »