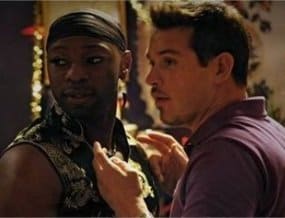 Kevin Alejandro, who plays Jesus Velasquez on True Blood, explains why his fictional relationship with Nelson Ellis' Lafayette Reynolds works so well: "What makes Jesus and Lafayette work is just how opposite of each other they are… It's a nice balance."

Sears revoked an accidental $69 iPad deal, disappointing dozens of customers, including a mother whose son has Asperger's Syndrome and uses an iPad for school.

Michele Bachmann's political philosophy in a nutshell? "Same-sex marriage was not much of an issue here when Mrs. Bachmann..arrived at the Statehouse as a new senator in January 2001… Then, in November 2003, the Massachusetts Supreme Court declared that state’s law banning same-sex marriage unconstitutional. Mrs. Bachmann sprang into action." 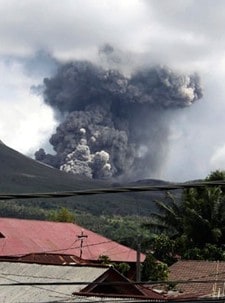 Once considered Rupert Murdoch's protege, former News of the World editor Rebekah Brooks was arrested for her role in the phone hacking scandal that threatens Murdoch's media world.

Top London cop Paul Stephenson has resigned as commissioner after hiring a former News of the World editor accused in the phone hacking scandal.

Casey Anthony was released from prison this morning, and an angry mob was there to greet her.

The Batmobilie prepares for filming in Pittsburgh.

Monogamy's many faces: "What we find is that the idea that it takes a village to raise a child is absolutely true. Humans are what we call cooperative breeders. It takes multiple people to raise offspring, and that's the mechanism by which we're socially monogamous. People commonly mistake sexual monogamy and social monogamy. Few animals on the planet are sexually monogamous." 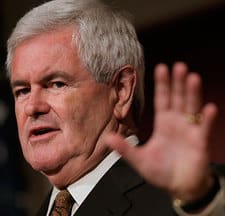 The next LGBT military battle: "With the military’s ban on openly gay troops expected to end this fall, advocates for gay and lesbian service members are already looking ahead to the next battle: winning equal benefits for same-sex married couples."

Newt Gingrich's presidential campaign is $1 million in debt. Can the anti-gay Republican hang on through primary season?

Gay and lesbian prison guards in the Philippines are prohibited from frisking inmates of the same sex.