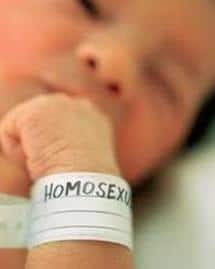 Gay people have long been poked, prodded and probed by the scientific community. And, yes, that tradition continues.

Via the Daily Herald:

A Utah State University psychology professor has launched a research study aimed at better understanding the experiences of gay Mormons and their relationship with the church.

Professor Renee Galliher says she hopes the survey data will dispel myths and promote better understanding about the lives of Mormon gays.

Like many faiths, Mormonism teaches that any sexual relationship outside of traditional marriage is a sin, and in the past, the church preached that homosexual feelings, alone, were a sin. One faith leader last year even suggested gays could be cured through prayer.

Among other questions, the survey asks respondents to describe their commitment to Mormon teachings before and after accepting their sexual orientation.

Always nice to be studied and dissected, no?