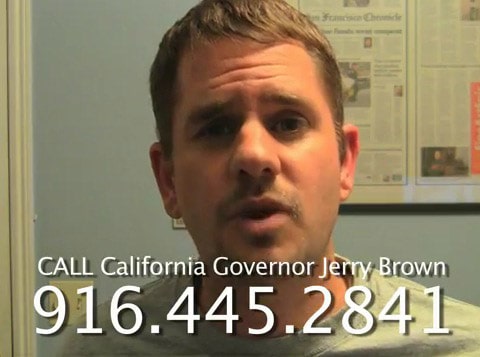 As I mentioned a couple times yesterday, California SB48, the FAIR Education Act, also known as the LGBT History bill, is sitting on Governor Jerry Brown's desk, and anti-gay groups from around the country are pressuring him to veto it.

Activist Sean Chapin made a video about the bill. Watch it, AFTER THE JUMP… 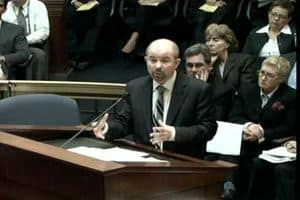 Shannon Minter, legal director at the National Center for Lesbian Rights, made a statement yesterday about the bill's importance:

[SB 48, the California LGBT teaching bill sitting on Gov. Jerry Brown's desk] is about so much more than history and social studies–and the other side certainly knows it. One point that I would like to see get more play on our side is what this bill will mean for the long term health and well being of LGBT youth.

Caitlin Ryan's research at the Family Acceptance Project has shown that when LGBT youth are met with silence about their identity on the part of parents and other adults, that silence is as damaging to them as many forms of rejection and abuse. The flipside is that when parents and other adults affirmatively acknowledge and support LGBT youth, that acknowledgement has a tremendously positive impact on their long term health and well being. The erasure of LGBT people and issues from schools is not just a neutral omission–it is actively harmful and damaging to LGBT youth, who interpret that silence to mean they are not valued, included, or welcomed. Correcting that omission will directly protect their health and well being. That will not only be a huge benefit to our community, but to the whole society, which has been deprived of the contributions of the many LGBT people whose lives have been shortened and diminished by depression, suicide, substance abuse, and HIV infection because of their experiences as children and youth.

This is about breaking a very damaging cycle of silence and stigma. In that respect, this bill is every bit as important as efforts to end discrimination in marriage. It will change the way our society thinks about LGBT people, and help ensure that for the first time, we will have a generation of LGBT youth who are growing up seeing themselves reflected and included in public institutions.

Watch Chapin's video, AFTER THE JUMP…