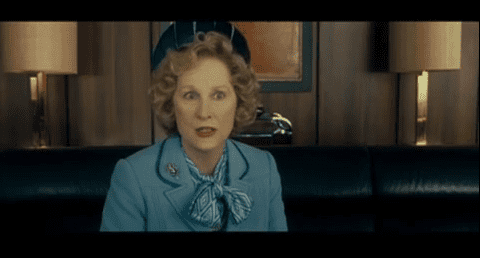 This brief trailer, which shows “Thatcher” being groomed for her political rise, helps explain why: Streep’s portrayal is terrifying in its accuracy and will no doubt bring back plenty of bad memories of Thatcher’s reign.

Watch The Iron Lady trailer, AFTER THE JUMP…